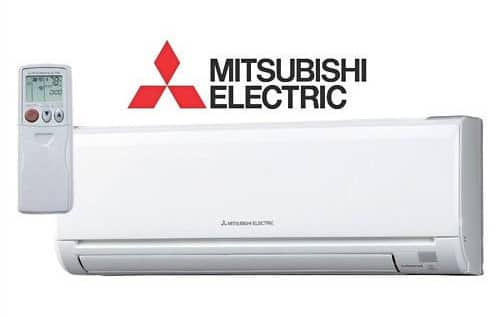 Mitsubishi is a Japanese multinational that was established more than 100 years back. And, they entered air conditioning market in 1954.

Sensors in ACs have become common now, but Mitsubishi was the first AC manufacturer to develop sensor that detects movement of users in the room in order to redirect airflow.

In this Mitsubishi AC review, we will cover key technologies along with pros and cons in the end. Let’s get started with its key features.

What is MSY GR(T) Series?

These models are best suited for hot countries such as India and come with ‘tropical inverter’, ‘long airflow’, ‘dual barrier coating’ and ‘fast cooling’. Read further to know about these features

7-way airflow allows air to flow in 7 different horizontal directions and vertical airflow in 6 directions. This means that there are 42 different directional modes. This gives good amount of precision. On top of this, the motor pushes the air up to 12 meters, which is quite good distance as well.

An inverter compressor is a type of compressor that keeps the cooling process continuous by regulating its speed regularly as per the current temperature.

Mitsubishi Electric ACs are equipped with tropical inverter . These inverters are specially designed for tropical conditions of countries like India and therefore they give effective cooling performance even when the outside temperature if 52°C. It is able to achieve this with the help of effective heat exchanger that works with PCB to give energy efficient operation. 5 star Mitsubishi ACs come with tropical inverters.

Mitsubishi Electric has also developed a special motor- Joint Wrap DC motor which use high-magnetic force to bring high efficiency to the air conditioning system. It is able to achieve this because it has more wires wrapped around the coil. Thus, it’s more efficient compared to regular motors.

This dirt can reduce volume of air flow and it can also aid in the formation of mould. Also, sometime bad odour may emanate from the system. All this can reduce the energy efficiency of AC.

The dual barrier coating made up of fluorine particles prevents the dirt from accumulating inside the AC system. It is called dual barrier because it prevents both types of dirt. This prevention allows the system to work in an energy-efficient manner with even air flow and reduced mould, smell etc.

Mitsubishi air conditioners are known for producing some of the most silent ACs. It is able to achieve this by attaching large-sized fan, so that it gives more cooling even when running on less energy.

Some of its ACs come with a noise rating of only 18 dB to 19 dB. To put things in perspective, a regular inverter AC can have a noise level of 30 dB to 45 dB (which means that it gives roughly half the noise compared to other ACs)

The MS-GK series comes with a LCD remote control. This remote control has better than some of the other remote controls out there. It has slightly large LCD display that shoes temperature, fan mode, duration among other settings.

Other filters are Electrostatic Anti-Allergy Enzyme filter. These filters use static electricity to charge and attract allergy causing agents. It also breaks down these allergen with the enzymes present in the filter

Premium ACs from Mitsubishi Electric have filters such as- Microparticle Catching Filter, High Density filter which can filter as much as 95% of airborne particulate matter (PM 2).

Its Plasma Duo Filter system is one of the advanced filtration techniques that produced ‘plasma’ to attract bacteria, viruses, pollens. One they are trapped, the enzymes present in the filter deactivates them.

Mitsubishi has their own range of hot and cold ACs called winter and summer series. These ACs are decent for winters in India as they can work efficiently even in minus 10 degree Celsius. They are also equipped with dehumidifiers to remove excess moisture during winters.

Also, these ACs coms with inverter heat pump that is energy efficient

Its fast cooling feature in its inverter ACs is better than regular inverter ACs as it lowers the temperature faster as compared to other AC brands.

Mitsubishi Electric ACs feature Auto Restart function. This feature is helpful during power cuts. Whenever the AC starts after power cut, it starts with the same settings that at which it was running before the power failure. This removes the hassle of re-adjusting the settings.

Self-diagnosis feature diagnoses the issues and displays error code on its remote control. You can use this error code while peaking with the customer care technician.

The printed circuit board (PCB) is covered with special coating to provide protection from the moisture, insects and other small animals. Also, this PCB can withstand voltage up to a high 450 volts.

Most of the Japanese AC brand have started using eco-friendly R32 refrigerant in their ACs. However, Mitsubishi Electric still uses R410A. It has higher global warming potential and it is difficult to recycle. Biggest problem is that there are chances that it will be phased out in future, making life difficult for product owners. However many AC brands are also using this refrigerant especially in North America.

Mitsubishi has done lot of research in filtration technology. Its range of different types of filters give effecting purification. Mitsubishi Electric ACs are also known for making some of the most silent ACs in the market with  a decibel range of 18 – 19 dB. Their tropical inverter is specially designed for tropical countries such as India, on top of it, its energy saving features are decent.

As far as cons are concerned, one of the major con is that because these ACs are imported, you can face difficulty during servicing or in getting spare parts. Also, Mitsubishi’s presence in the Indian market is not high, which means there is always a chance that the brand can stop selling ACs in India. This can further make life difficult for AC owners. Also, they don’t seem to be good at marketing and promotion. Dealer margin for Mitsubishi ACs is among the least of all major AC brands in India

Another thing is they are majorly using R410A refrigerant, which is not as eco-friendly as compared to R32. Also, it is difficult to recycle it.

Related: Most Energy Efficient ACs in India Along with Buying Guide

Mitsubishi Electric offers a wide range of ACs in India. Split inverter AC is one of their focus areas and have different types of models under this range. Their MSY- GRT is one of the latest brands of split inverter ACs that is seeing interest among Indian customers. As far as technology is concerned, they are among the best. They have Guinness record under their best as well as longest running crossflow AC brand. However, before purchasing a Mitsubishi AC, you should be aware of their servicing around your area. If it has good reviews, then you can consider purchasing Mitsubishi Electric AC.