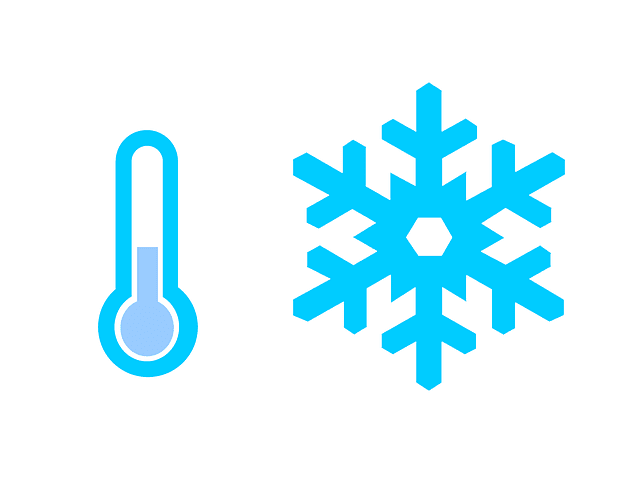 If you have landed here, it means that you want to learn about different types of refrigerants. In this article, as we will discuss R32, R410A, R22, R290, R600A refrigerants in detail along with their pros and cons.

What is AC refrigerant and why is it used?

Modern Air conditioning and refrigeration are all powered by refrigerant — a compound usually found in a liquid or gas form. This refrigerant runs inside coils usually made of copper.

Simplest explanation of working of a refrigerant:

As soon as the refrigerant absorbs heat from the room, it turns into liquid. This hot liquid is sent outside so that the heat is released outdoors by blowing air onto the coils. This cooling process turns the liquid into gas.

Now this cool refrigerant is pumped towards the indoor unit and a fan blows air over cool coils carrying the refrigerant. This cool air blows out into the room. This process again heats up the refrigerant and turns into liquid and the cycle continues.

Before we begin let’s understand what is Global Warming Potential (GWP). GWP is the ability of a gas to trap heat in the atmosphere over time relative to carbon dioxide. For example, R22’s GWP is 1810. It means that 1 kg of R22 is equivalent to 1810 kg of Carbon dioxide in terms of heat retention. Therefore, lower GWP is always good for the environment.

This table gives a quick overview of all the refrigerants.

Back in the pre-1990s era, R12 was the popular choice of refrigerant for AC manufacturers work over. But because it was a CFC gas, it had a high ozone depletion potential (ODP). Due to this, regulations were passed to phase out R12 and by the end of 1994, it was completely phased out.

Similarly, R22 refrigerant was another popular refrigerant, which was slightly less damaging as compared to R12. Still, its ozone depleting potential were becoming a major concern. This led to the famous Montreal Protocol. In this agreement and further accords, it was decided to phase-out ozone depleting CFCs (R12) and HCFCs (R22). Even in the US, it was earlier planned to phase out R22 by 2010, which was then extended. By the end of 2020, R22 was phased out from many parts of the world.

Montreal Protocol is the main reason for good health and recovery of ozone in last few decades.

To replace R22, manufacturers world-over began using R410A because it was very similar to R22 in some aspects and it had higher efficiency and less expensive as compared to R22 among other reasons.

However, use of R410A brought another problem. It is a greenhouse gas and has high global warming potential (GWP). This again led to laws (F-Gas laws) to phase out the refrigerant beginning 2015 in Europe.

Thus, over last few years, manufacturers have started using R32 refrigerant. It is eco-friendly, affordable, efficient and safe to use. And now it is a popular refrigerant that is widely used in countries such as India, Japan and Australia,

Use of R32 has been pioneered by Japan as it was one of the first countries to mass produce appliances with R32.

R32 is the best choice for the environment among most of the other commonly available refrigerants. Its GWP is 675, which means that its impact on the environment is 675 times of that of 1 kg carbon. Which is not very good, but better than most other refrigerants. On top of this, it does not deplete ozone.

It is not expensive and has become a popular choice for air conditioners brands world-over. It also has higher latent heat, which means that it is efficient in cooling. On top of this, as per Kigali-Montreal Protocol, higher GWP refrigerants may become more expensive in near-future, leading to more widespread adoption of R32.

However, It comes under A2L safety group classification which means it is mildly flammable. However, under normal circumstances, it is highly unlikely to ignite. Therefore, it considered safe for use in home appliances.

Repair of ACs with R32 refrigerant is easy because it is not a mixture of two or more gases. Thus, the technician only needs to check the pressure and can refill the refrigerant at the site itself.

Also, since its use was pioneered almost all major Japanese manufacturers use this refrigerant.

R410A is gradually being replaced by R32 because it is less efficient and is more harmful to the environment with a high GWP of 2088. It is highest among most of the other refrigerants. Basically, 1 kg of R410A is equivalent to 2088 kg of carbon in terms of potential to heat up the atmosphere.

On top of this, because of the Kigali-Montreal agreements, it will become more costly in coming years. Due to all this, its cost of repair and ownership is going to increase. However, this has is non-flammable.

R410A is a mixture of R32 and R125 gases, therefore it in case of leakages, refilling is not easy and the AC has to be taken to the workshop. This increases its overall cost of maintenance. Also, because it is a mixture of two gases, it is difficult to recycle it, thus increasing its impact on the environment further.

In any case many ACs still use R410A refrigerant as it is better than R22 in many aspects.

Many AC brands in North America still use 410A. Moreover, this refrigerant is still used in many ACs in India as well, therefore, the likelihood of it phasing out in near future is there, but it will take time.

As discussed, R32 is new age refrigerant that has slightly higher cooling efficiency as compared to R410A. But this factor should not be high on your priority list since R410A is still a decent refrigerant.

As a buyer, the most important factor that differentiates R32 and R410A is the likelihood of R410A phasing out in near future due to increasing adoption of R32. Now the question is when will the phase out complete? No one can answer this, but the US Environment Protection Agency has placed R410A in list of refrigerants that will be banned from use in ACs from the year 2024. This means that AC brands operating in US will have to acquire capabilities to produce AC with other refrigerants before the deadline ends. There is a high chance that Europe and developing countries will follow suit. However, chances of this refrigerant completely phasing out in India in near future is not very high considering slow pace of R22 phase-out process. Still, if you are worried about this, then R32 can be a safer option. Also, as more brands adopt R32, it will become more costly to own and repair R410A ACs.

Finally, R32 is much more eco friendly with lower GWP and ease of recycling. This is one more reason for buying R32 refrigerant-based AC. Thus, we can easily say that R32 is a better option as compared to R410A.

R22 is one of the oldest refrigerants and is not used much now. It means that it is not readily available. This will increase the cost of repair in case of gas leakages. Also, even though the refrigeration cycle (basic method of cooling) has not changed, the technology to make ACs with R22 refrigerant is different and is fast becoming obsolete.

Its impact on environment is huge because not only it has a high GWP, it also damages the ozone layer. However, it is non-flammable and non-toxic. Indian brands such as Voltas and Blue Star are still using R22 in their ACs.

Also, it is banned in many parts of Europe.

R290 (Propane) along with $600A (Iso-Butane) are new-age refrigerants that do not deplete ozone and have a very low global warming potential of around 3. It means that these are the most eco-friendly refrigerants. On top of it, R290 is highly energy efficient. However, it is highly flammable.

Most of the top refrigerators in India use R600A. And, Godrej is one of the Indian brands that uses R290 refrigerant in their Air Conditioners.

Till about 5 years back there was healthy competition between R32 and R290. R32 seems to have won the race by a good margin because all major AC brands are using R32 in at least some of their models. R290 still is not as widely used because it is a class A3 refrigerant which means high flammability. Another reason is that Daikin, the inventor of R32 made this refrigerant royalty-free, which led to reduction in cost and widespread use.

For home use, both the refrigerants cool almost equally. R32’s popularity in the last decade has been driven mainly by international regulations on global warming and not because of other factors.

No, R22 is not banned in India. R22 will be completely phase-out in India by 2030 as per Montreal Protocol.

Why should refrigerant be considered during purchase of ACs?

Biggest reason for considering refrigerants is chances of obsolescence. Basically, as major manufacturers adopt new-age refrigerants, older refrigerants will get less common and so will the technology to produce and repair such ACs. This can increase the total cost of ownership in the long run.

R32 is now used by almost all major AC manufacturers in the world. On the other hand, R290 lags behind considerably in adoption. Therefore, from a long term perspective, R32 can be considered. Also, R290 has a GWP of 3.3, which is 99% lower than that of R32, while R32 has 80% less burning velocity as compared to R290 which means that R290 is highly flammable.

R32 cools better than R22 because of its higher cooling efficiency.

Different types of refrigerants have their own advantages and disadvantages. Changes in the refrigerants used have been made mainly because of their impact on the environment. Montreal protocol led to phasing out of R22, while F-Gas laws in Europe led to reduction in R410A usage. R32, R290 and R600A are energy-efficient and environment-friendly refrigerants that are being used currently. Also, more regulatory changes in future can bring further disruption in the refrigerant space.